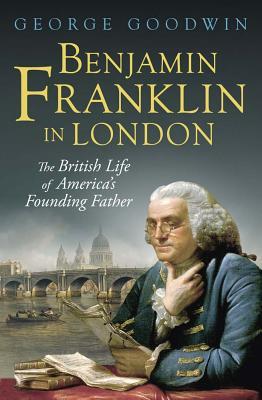 I tried. Hard. But… something about Benjamin Franklin is just… not that interesting to me at this time in my life. Which is not to say George Goodwin’s book is not good and packed full of information. It is. It’s just not the information that I’m going to sit and soak up right now.

Benjamin Franklin in London: The British Life of America’s Founding Father starts of really well. I was fascinated to read about the family squabbles he grew up with and how he bested everyone who said they were better than him. In his family, anyway. There are some kind of adorable anecdotes about how Franklin was cheated and scammed by various people as he grew richer and more powerful, despite being cheated and scammed, of course.

I received a copy of Benjamin Franklin in London: The British Life of America’s Founding Father through NetGalley and Yale University Press in exchange for an honest and original review. All thoughts are my own.