There’s something I love about World War II fiction set in Italy. I didn’t think anything would ever match Mary Doria Russell’s A THREAD OF GRACE but Dani Amore’s TO FIND A MOUNTAIN comes incredibly, beautifully, and amazingly close.

Set in the mountains around Cassino (site of the famous monastery and battle between Americans and Germans during the war), TO FIND A MOUNTAIN is the story of sixteen year old Benedetta Carlesimo who has become surrogate mother to her sister and brother and housekeeper for her father after her mother’s death. When the German Army conscripts her father, and most of the other men in the village, to fight at Cassino, Benedetta is left with the German command as house-guests. She is charged with feeding the Germans and feeding her family, and she risks everything to make sure her sister and brother stay fed and healthy.

But Benedetta is also sixteen and romance, plus the pull of the resistance hiding in the mountains, calls to her. 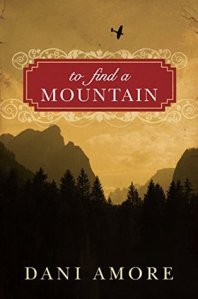 The romance is a natural part of the story. It never feels forced or like a plot point to make sure people read. It feels like a sixteen year old girl stuck in war-torn Italy, surrounded by danger and fear at every turn, who is falling in love despite the most dire of circumstances.

Reading TO FIND A MOUNTAIN, I felt like I was in Italy. I felt connections to every one of the characters, even the Wehrmacht commander who lost hope long before the war was lost. I felt like I wanted to read more about Benedetta and the world she lived in.

And I just want to know if this was based on some real inspiration, because Amore does thank people with similar names at the end, or if it is entirely fictional. But even that doesn’t matter so much in the end.

(I received an early copy of TO FIND A MOUNTAIN through NetGalley and Lake Union Publishing in return for an original review. All thoughts are my own.)