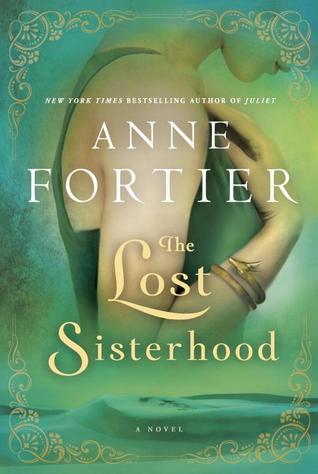 You’ve heard of the Amazons, haven’t you?

All the lore about the all-female warrior society where the women cut off one breast so that they could better sling their arrows is everywhere in popular culture.

I don’t know about you, but I always thought there had to be more to the story. And I do realize that we will probably never know the whole story of the Amazons. That being said, I’m more than happy to make do with the story Anne Fortier crafted for them in The Lost Sisterhood.

The novel is the parallel stories of Diana Morgan, an Oxford lecturer in the present day, and Myrina, the ancient first queen of the Amazons. Books that do the alternating chapters, parallel stories thing generally tread a fine line between an utterly engrossing and well-balanced story and a serious missed opportunity to tell two amazing stories at once. Fortier has definitely accomplished more of the former.

I’m neither a philologist, an archaeologist, nor an Amazon. I’m not sure I’d want to be an Amazon, at least in terms of the most widely accepted definitions of them, but I’d definitely like to be the first too. This book made me want it all more.

I want to be Diana Morgan.

I want to crawl into Algerian temples buried under centuries of sand, I want to fall in love with a dark and mysterious man of many passports who can randomly count out $10,000 in cash for me, I want to chase down ancient clay tablets to decipher the messages on them, I want to be chased across Europe by unknown people as I try to make history reality.

That, maybe more than anything, is truly the sign of an amazing book.

Even more than getting carried away by the romanticism of it all, which is fun and incredibly easy, there’s a message in this book. It is the message of the Amazons, a message that comes through in the fanciful world Hollywood has created and in the subtler, more nuanced portrayal Fortier gives them. The message is this:

Every woman is capable of being an Amazon. We can hunt and kill to protect the ones we love. We can be as strong as any man, stronger even. We can survive because without women, no one survives.

(I received an advance copy of the book through the Goodreads First Reads program.)

Reading Between the Pages

Conquering the world one book at a time...